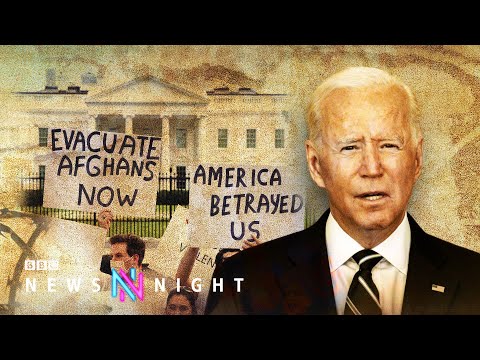 How has Joe Biden’s approach to withdrawing from Afghanistan, and the ensuing crisis, affected the US’s standing on the world stage? Please subscribe HERE http://bit.ly/1rbfUog

Matt Zellner, a security fellow of the Truman National Security Project – which advises on US foreign policy in Washington DC – tells BBC Newsnight the Biden Administration “wouldn’t listen” to intelligence reports on Afghanistan.

President Biden has defended his handling of Afghanistan, where the Taliban have capitalised on the US pulling out to sweep to power.

But chaos has engulfed Kabul airport as foreign powers seek to get their citizens home and the Taliban have begun to search for collaborators.

Speaking to Newsnight, Matt Zellner, who was also a Major in the US army and served in Afghanistan said he was “ashamed of his country”.

He debates alongside former US Ambassador to Afghanistan Ryan Crocker.