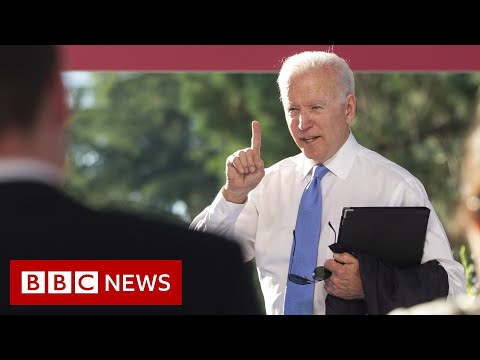 The US president snaps at CNN’s chief White House correspondent after she asks about his summit with the Russian president Vladimir Putin.

"If you don’t understand that you’re in the wrong business," Mr Biden told Kaitlan Collins.

The US president later apologised on the tarmac for being "such a wise guy".
Please subscribe HERE http://bit.ly/1rbfUog