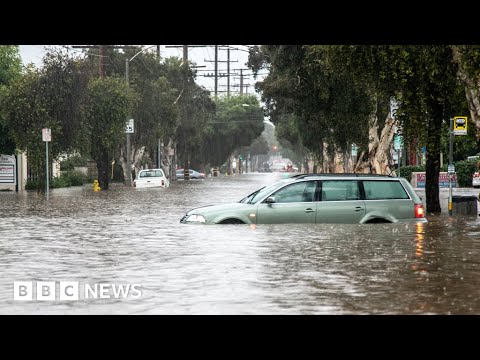 People in the Californian town of Montecito have been ordered to evacuate as a major storm has put most of the state under flood watch.

Heavy rain hit the community near Santa Barbara, home to celebrities such as Harry and Meghan, Ellen DeGeneres, and Oprah Winfrey.

Forecasters are warning residents to brace for a "relentless parade of cyclones" over the next week.

The storm has already claimed 12 lives and left thousands without power.