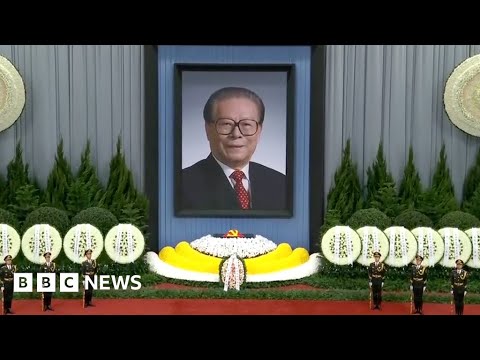 China has bid its farewell to former leader Jiang Zemin in a state memorial service in Beijing.

Jiang, who took power after the 1989 crackdown of the Tiananmen Square protests, will be remembered for leading the country through a decade of burgeoning economic growth and prosperity.

He oversaw notable events like China’s entry into the World Trade Organization, and the handover of Hong Kong from the British to the Chinese.

The Chinese Communist Party said he died last Wednesday from leukaemia and multiple organ failures. He was 96.