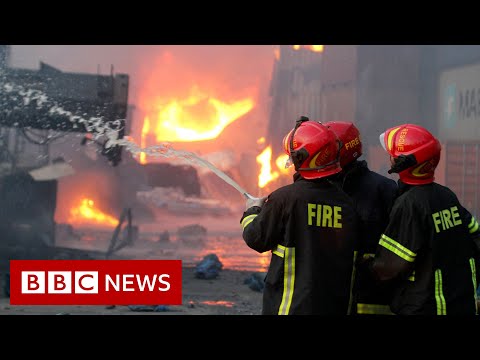 A fire and a huge explosion have killed at least 49 people and injured hundreds more at a storage depot near the city of Chittagong, Bangladesh.

Hundreds of people had arrived to tackle the fire when a number of shipping containers exploded at the site in Sitakunda.

It is thought that chemicals were stored in some of the containers.

Industrial fires are common in Bangladesh, and are often blamed on poor safety regulations.

Many of the injured are said to be in a critical condition and the number of people killed is expected to rise.