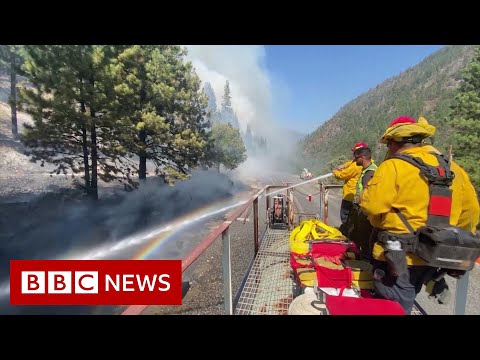 In California, firefighters are fighting the state’s largest wildfire from atop a moving train.

Wildfires continue to rage throughout the western US and Canada and even cities on the east coast are feeling the effects.