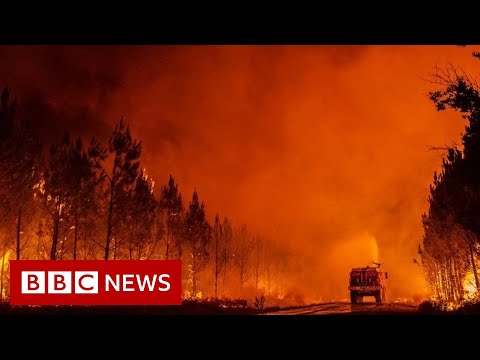 More than 1,000 firefighters are battling a "monster" wildfire in the south-western France that has already destroyed nearly 7,000 hectares of forest.

The raging blaze near the city of Bordeaux has gutted a number of homes and forced 10,000 residents to flee.

European countries have seen a wave of deadly wildfires this summer, triggered by record temperatures and droughts across the continent.