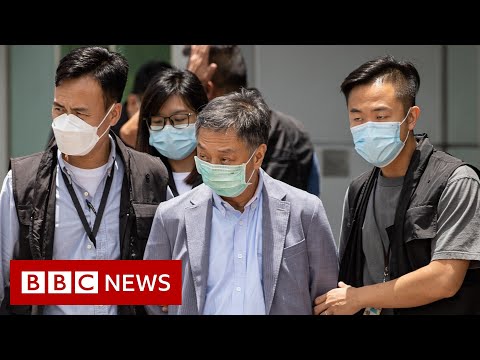 Police also arrested the editor-in-chief and four other executives at their homes and froze HK$18m ($2.3m; £1.64m) of assets owned by three companies linked to Apple Daily.

The paper is owned by Jimmy Lai, who is in jail on a string of charges.

Apple Daily is known to be critical of the mainland Chinese leadership.