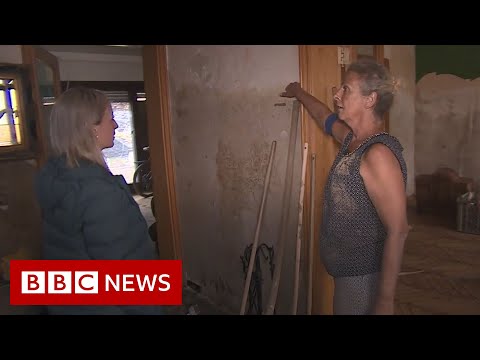 Marion Wenzel showed us around her home that has been totally destroyed by the "catastrophic" flooding that hit Germany.

Her possessions lie in ruins, but her three children were able to get out alive.

As waters recede, the scale of the damage is becoming clear. Dozens have died across regions of Germany and Belgium, and many are still missing.

European leaders have blamed climate change for the floods, which have also affected Switzerland, Luxembourg and the Netherlands.