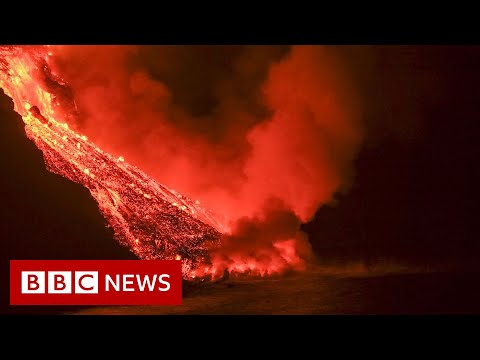 Red hot lava has poured from the volcano on Spain’s La Palma island on Friday, while smoke and ash blocked sunlight and reduced visibility.

Some 6,000 people have been evacuated from the area since the eruption started on 19 September and lava flow has destroyed more than 800 buildings.
Even for residents trying to live as normal, the volcanic ash is everywhere, with big efforts each day to clean it up.

Clouds of white steam were seen rising as a red-hot current made contact with the water in the Playa Nueva area.