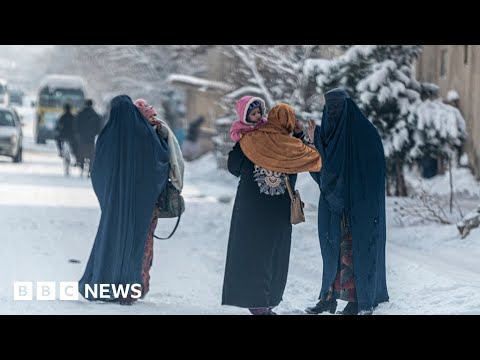 At least 124 people have died in freezing temperatures in Afghanistan in the past fortnight, Taliban officials say.

About 70,000 livestock had also perished in what is the coldest winter in a decade, a State Ministry for Disaster Management spokesman said.

Many aid agencies suspended operations in recent weeks after the Taliban banned Afghan women from working for non-governmental organisations.

A Taliban minister said despite the deaths, the edict would not be changed.