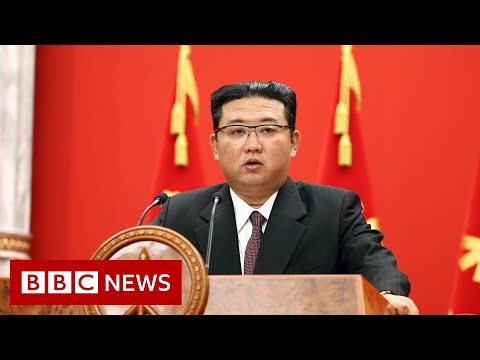 North Korean state media have aired footage of soldiers putting on a display of their combat prowess and ability to smash various objects with their bare hands.

The performance was staged at a defence exhibition in Pyongyang, and watched by leaders including Kim Jong-un.