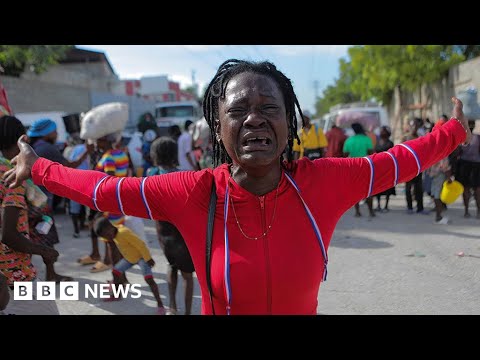 Haiti is on the "verge of the abyss", according to the UN, as heavily armed gangs expand their control of the country.

Armed groups control – and terrorise – at least 60% of the capital Port-au-Prince and its surroundings, according to Haitian human rights groups.

They are also warning rape is increasingly being used as a weapon.

In the first six months of this year, the gangs killed almost 1,000 people, the UN has said.