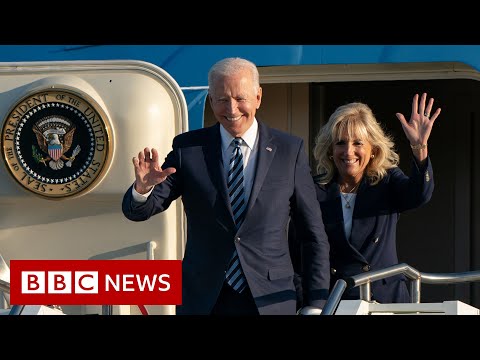 US President Joe Biden has launched his first official overseas trip with a warning to Russia that it faces "robust and meaningful" consequences if it engages in "harmful activities".

President Biden arrived in the UK on Wednesday, ahead of the G7 summit.

He will meet UK PM Boris Johnson to agree a new "Atlantic Charter".

The pact will be a modern version of the one agreed between Winston Churchill and Franklin Roosevelt in 1941, with a focus on challenges including climate change and security.