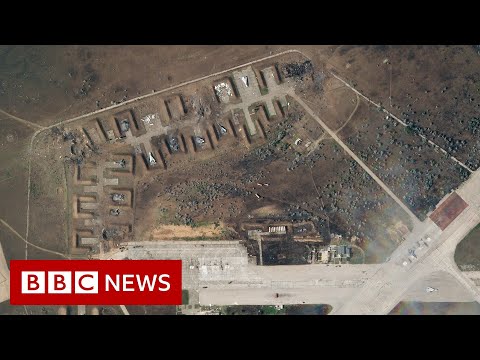 Satellite images appear to show major damage and a number of destroyed Russian warplanes at a Crimea airbase following explosions there this week.

The Saky base in the west of Russian-ruled Crimea was rocked by a string of blasts on Tuesday, killing one person.