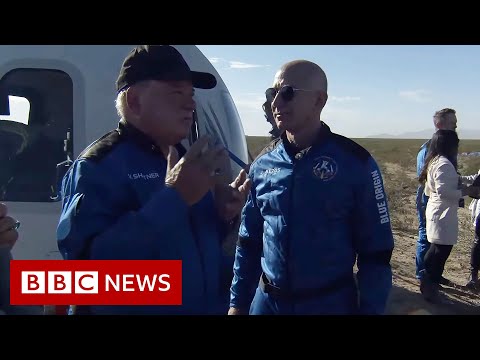 William Shatner, best known for his role as Captain Kirk in Star Trek, has become the oldest person to go to space, at the age of 90.

His trip on the rocket system – developed by Amazon[.]com founder Jeff Bezos – lasted about 10 minutes.

The actor, and three others who were aboard, got to experience a short period of weightlessness and see the curvature of the Earth through the capsule’s big windows.

When he landed back on Earth in the Texas desert William Shatner told Mr Bezos "Everybody in the world needs to do this… It was unbelievable".