The New York Philharmonic playing at a cemetery – BBC News 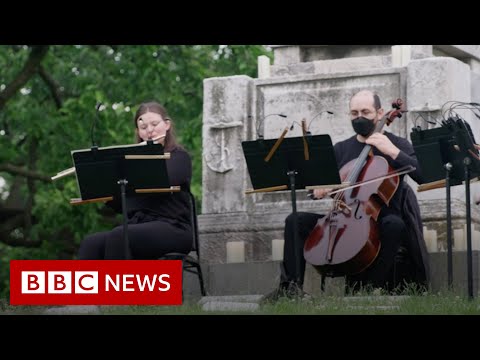 After Covid closed down their other venues, the New York Philharmonic has been performing at the unusual location – a cemetery.

They performed at the Green-Wood Cemetery in Brooklyn in front of a live audience, something they missed hugely this past year.

The event was created by the Death of Classical, which hopes to bring classical music back to unconventional venues.