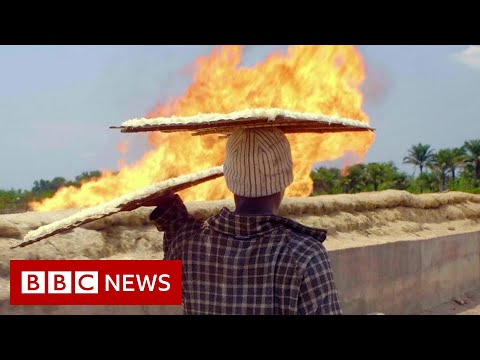 Climate change has had a devastating impact on Nigeria. Fertile lands are turning into deserts in the north, while flash floods have become more common in the south.

Nigeria’s oil industry is making the situation worse, as the practice of flaring – the burning of natural gas that is released when oil is extracted – is common, despite being illegal.

It is a major source of greenhouse gases and a contributor to climate change.