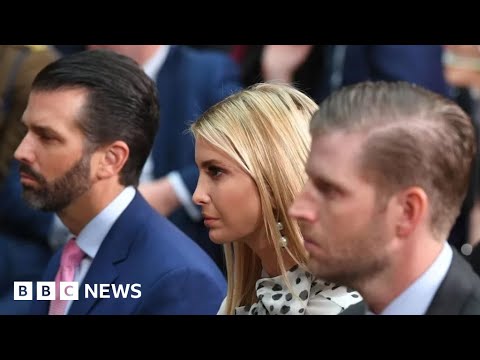 Donald Trump and three of his children have been hit with a fraud lawsuit after a New York investigation into their family company – the Trump Organization.

It alleges that they lied "by billions" about the value of real estate in order to get loans and pay less tax.

Prosecutors say the Trump Organization committed numerous acts of fraud between 2011-21, but Mr Trump has dismissed the lawsuit as "another witch hunt".