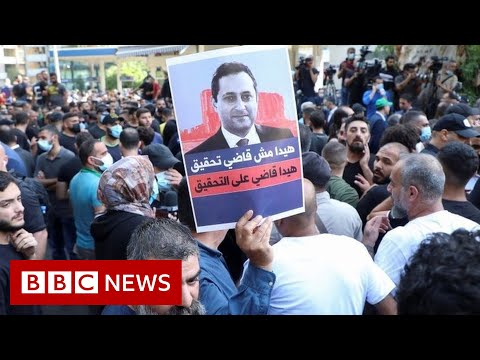 Two people have been shot dead at a protest in the Lebanese capital Beirut against the judge investigating last year’s devastating port explosion.

Several others were wounded near the Palace of Justice as supporters of the Hezbollah and Amal movements demanded the replacement of Judge Tarek Bitar.

It is not clear who opened fire or why.

Huge tension surrounds the probe into the port blast, with Hezbollah accusing the judge of unfairly singling out allied former government ministers.

Earlier, a court dismissed a legal complaint brought by two of the five politicians who Judge Bitar has sought to question on suspicion of negligence.