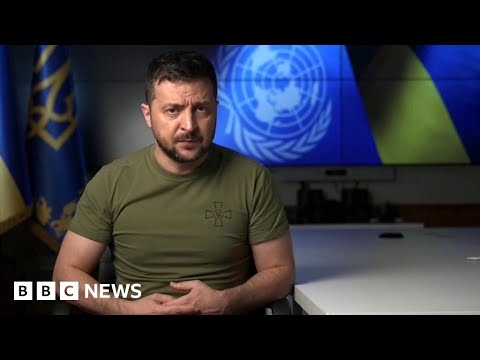 In a pre-recorded video, the Ukrainian leader called for the creation of a special war tribunal and detailed alleged war crimes by Russia.

He also set out a "formula", including more military support and to punish Russia on the world stage.