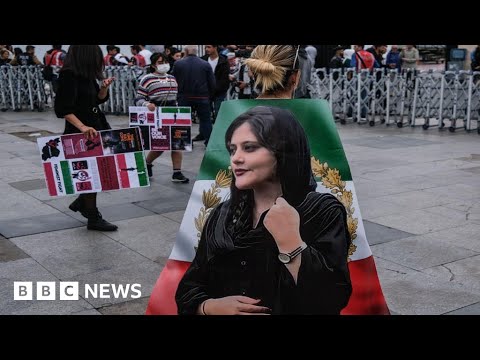 The US has imposed sanctions on seven Iranian officials, including the interior minister, in response to the crackdown on protests in the country.

The unrest was sparked by the death of Mahsa Amini in police custody.

The 22-year-old Kurdish woman from the north-western city of Saqez had been visiting the capital, Tehran, on 13 September when she was arrested by morality police officers for allegedly violating the strict law requiring women to cover their hair with a hijab, or headscarf.

She collapsed after being taken to a detention centre to be "educated" and died in hospital following three days in a coma.