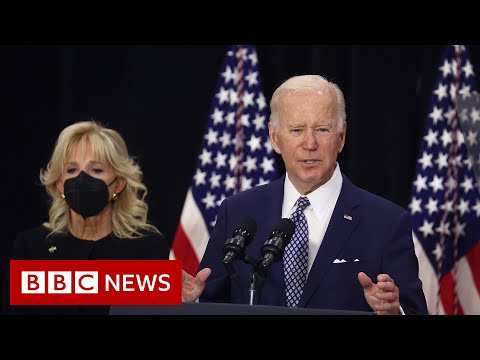 US President Joe Biden has condemned white supremacy as "a poison running through our body politic" during a visit to Buffalo, New York.

Ten black people were killed at a supermarket in the city on Saturday in what is believed to be a racially motivated hate crime.

The suspect, 18, identified himself as a fascist and white nationalist in a document posted online.

Local officials say the alleged attacker drove more than 320 km (200 miles) to deliberately seek out an area with a high black population.