Who Could Stop Trump From Almost Doing Something Decent? 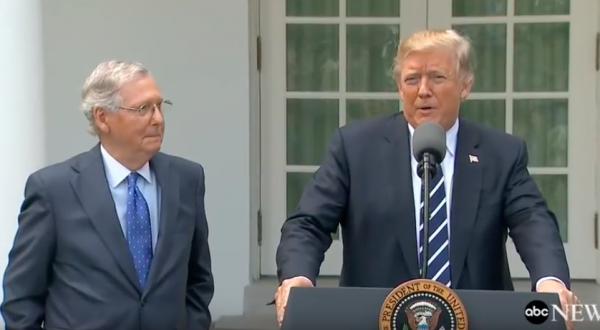 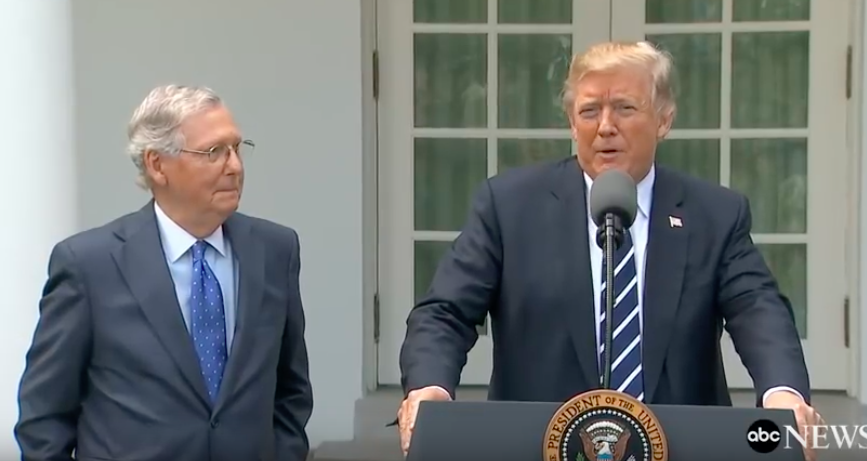 There was a theory some silly people had that Donald Trump might do a few things as president that weren’t fundamentally evil. Maybe he’d pass an
infrastructure bill or do something regarding infrastructure or who knows, maybe really move forward on infrastructure. But no, Trump has mostly operated like a cartoon villain, and not even a somewhat complex villain like Venger from “Dungeons and Dragons.” No, he’s more like Verminous Skumm from “Captain Planet.”

Yet, there was some
hope for the prospect of much-needed criminal justice reform. Trump’s son-in-law and senior adviser Jared Kushner had a personal connection to the matter because of his father’s experience in prison and his own possible future in Club Fed. Kushner advocated strongly for the “First Step Act,” a measure that gained bipartisan support in Congress. Trump himself even announced his support for the prison and sentencing overhaul bill in November. Now all that’s left is posing for selfies at the signing ceremony, right?

Not exactly. When dealing with Republicans, gaining “bipartisan support” for morally positive legislation can mean watering down its effectiveness. You could try to pass a “Free Food For Legless Orphans” measure and you’d have to agree to one out of every five cans of Spam being poisoned to get even moderate Republicans on board. The rest would insist on four poisoned cans out of five with the fifth can actually being a
rock.

It’s telling how bad our current system is that even after Republicans peed in the legislative pool, the “First Step Act” still contains some reasonable reforms. For example, it ensures people are placed in facilities within 500 driving miles from their families. It also bans the shackling of pregnant and postpartum women, because… oh sweet Christ, why were we doing this at all? You can read the full bill
here.

There is reasonable criticism that the bill doesn’t go far enough, but in fairness, it’s called “First Step” not “Final Step” so it’s clearly open to improvement. Arkansas Senator Tom Cotton is a vocal opponent of the bill for every possible sinister reason you could imagine. He once argued that we have an
“under-incarceration” problem because he’s a villain from Les Miserables but without the singing. He recently went around insisting that “First Step” is so flawed it would release an army of Willie Hortons onto an unsuspecting populace.

The House passed the “First Step Act” in May by a 360 to 59 vote. It’s since languished in the Senate, which was busy stacking the courts with right-wing zealots and
credibly accused rapists. Senate Majority Leader Mitch McConnell mostly just ignored it like he does the faded remnants of his conscience. Now he claims there’s not enough to time to do anything in the remaining lame-duck session.

“Each passing day they get less,” said Sen. Rand Paul (R-Ky.) of the bill’s chances. “We’re still lobbying Sen. McConnell. He has all the power to allow it or not allow it.”

“The people who hate the bill are having their way,” said another Republican senator. “Inaction is a lot easier than action around here.”

Yeesh, cheer up guys! I know most of you secretly wish you could spend your days next year with Beto O’Rourke instead of Ted Cruz but you sound like you work at Leo Bloom’s accounting firm in
The Producers.

Many liberals dwell in a fantasy world where conservatives are eager to find common ground on issues that have mutual benefit to non-corporate entities. Someone even suggested that “public pressure” would force Republicans to pass a Medicare for All and Free Unicorns bill. We aren’t even supposed to yell at Republicans in restaurants or protest where they work. Scrooge needed the scary-ass Ghost of Christmas Yet to Come to make him wet his pants before he got his act together. Some woke tweets and op-eds wouldn’t have budged the needle.

Even fellow Evil-American Chuck Grassley is annoyed with McConnell. Grassley feels like he delivered on Trump’s judicial nominees, many of whom were divisive, but now McConnell won’t move on “First Step,” which he argues is divisive. Maybe McConnell is just a crawling smear of slime.

For months, Mr. McConnell had assured reformers that, if a bill emerged with the support of at least 60 members, he would bring it up for a vote. But no sooner had Mr. Trump finished praising the First Step Act than Mr. McConnell began weaseling out of his pledge, clucking about all the pressing business the Senate faced and how there most likely wouldn’t be time to tackle this issue after all.

Grassley probably right assumes the bill has support from 60 senators, but McConnell only counts Republicans. He just considers Senate Democrats furniture that nevertheless persists in speaking. McConnell’s “deal” was already jacked up because if he applied that standard to Supreme Court justices or Cabinet positions, Gorsuch, Kavanaugh, and DeVos would not have their current jobs. Meanwhile, Cotton and Texas Senator John Cornyn insist “First Step” doesn’t have the support Grassley thinks it does. Cotton goes so far as to suggest senators are just making up stories to keep the old man happy: “Yeah, we’re totally yes votes. And sure, your Grandma Hester is still alive and will make that fruit cake for Christmas you like.”

There’s no way “First Step” passes, at least in its current form, next year with a Democrat-controlled House. It would either emerge too liberal to get traction from a larger Republican Senate majority or Trump himself might withdraw support because Nancy Pelosi’s cooties would be all over it. McConnell knows this. Criminal justice reform isn’t a priority of his. He’s reportedly “a Jeff Sessions-style, lock-them-up-and-throw-away-the-key kind of guy.” I guess he’s also pro-shackling pregnant women.