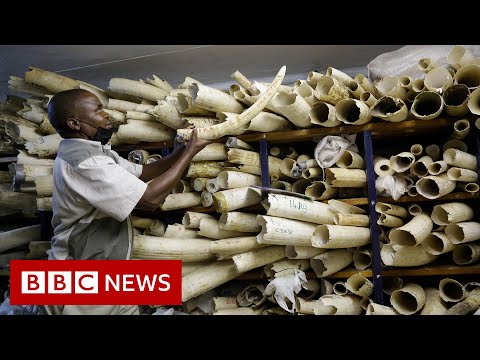 Zimbabwe has asked the European Union to support its bid to sell over 150,000 tonnes of ivory that it has accumulated due to the global ban on the sale of tusks.

Authorities say proceeds from the sale will be used to benefit local communities living around wildlife conservancies.

Wildlife charities warn the sale of stockpiles could stimulate the demand for ivory.

The international trade in ivory has been banned since 1989.