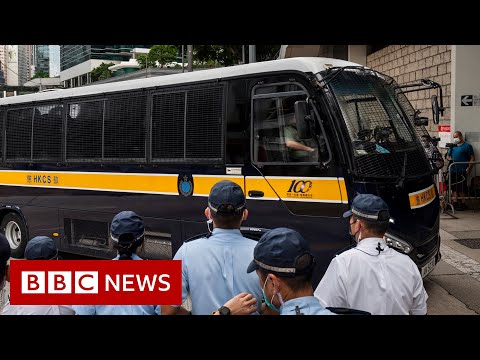 A Hong Kong man has been sentenced to nine years in prison after he rode a motorbike into police officers while flying a flag with a protest slogan.

Tong Ying-kit, whose flag bore the phrase "Liberate Hong Kong, revolution of our times", was earlier found guilty of inciting secession and terrorism.

He was the first person to be charged under Hong Kong’s controversial national security law.

More than 100 people have been arrested since the law came into force in 2020.