How bulldozers became a vehicle of injustice in India – BBC News 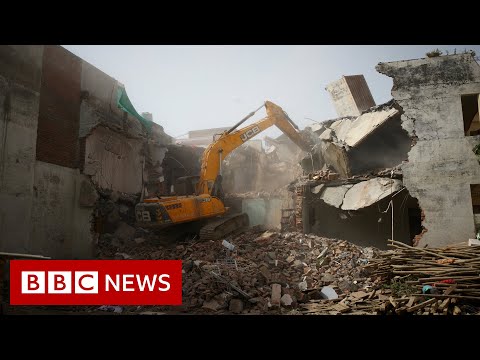 Bulldozers, invented 100 years ago, have been used across the world to build homes, offices, roads and other infrastructures.

But in recent years, many say, they have become a weapon in the hands of India’s Hindu nationalist Bharatiya Janata Party (BJP) government to destroy homes and livelihoods of the minority Muslim community.

BJP leaders have defended their actions, saying "nothing is done against the law" – but critics say they "are bulldozing over the very spirit of the law".