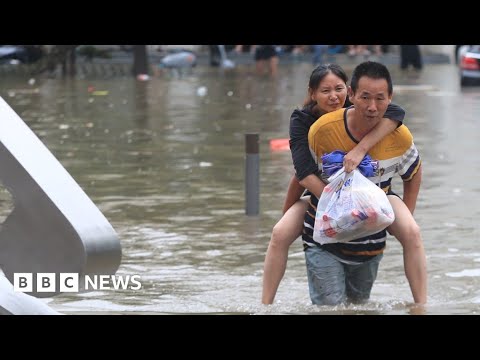 Hundreds of thousands of people in China have been evacuated in several southern and eastern provinces after unrelenting rains caused floods and triggered landslides.

Videos on state media show cars being washed down streets, and people being rescued by ropes across swollen rivers.

The area is seeing its highest rainfall since 1961, weather officials say.