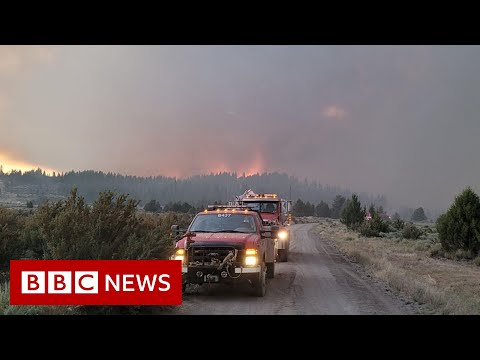 The largest active wildfire in the US has burned through more than 364,000 acres, prompting thousands of evacuations.

Over 2,000 firefighters are tackling the so-called Bootleg Fire in Orgeon – one of the largest blazes in the state’s history.

It has already scorched an area larger than the city of Los Angeles.

It is one of more than 80 major fires raging across 13 US states, spurred by recent heat waves and high winds.